Full Metal Panic! Invisible Victory will start airing on April 13, 2018. Crunchyroll will stream the series with english subtitles, while a english dubbed version will be available on FUNimationNow. While we're still waiting for informations about the english voice cast it has long been confirmed that all of the japanese VAs are returning.


The second most popular question from fans these days seems to be, how many episodes we're gonna get. From the three japanese BluRay Boxes currently announced we know that there's gonna be at least 12. From pictures taken of the episodes scripts over the past year we also know about the contents of most of these episodes: 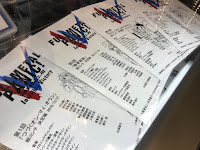 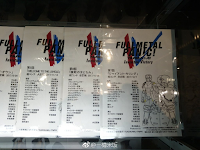 The titles for the first four episodes are:

Episode 1: Continuing on my Own
Episode 2: Damage Control
Episode 3: BIG ONE PERCENT
Episode 4: On My Own

These all refer to events or the title from the seventh Full Metal Panic! light novel Continuing on my Own. Which makes it a foregone conclusion that the first four episodes will be based on that light novel. We also know the titles for episode 5-7:

These titles all seem to be based on the eighth light novel Burning One Man Force. I'm gonna go out on a limb here and say that this story arc will also contain 4 episodes in total - not three - with episode 8 being called One Man Force. Mainly for these three reasons:

1. The draft for episode 7 shows pictures from the M9 battle, which is far from the end of that story.
2. The name One Man Force has not yet been confirmed as an episode title. This is a tradition with FMP Anime though. Each story arc uses their respective light novel title for an episode at least once. You can check this yourself with the first season or TSR.
3. One Man Force would would be the perfect title for an episode where Sousuke Sagara basically goes berserk.

With four episodes left it's safe to assume that these will be based on the story arc Come Make my Day. Just ask yourself: Why would they spend eight episodes on two light novels and then rush out the remaining four light novels in just four episodes? The first 12 episodes are most likely gonna be:

So what's gonna happen after episode 12? Let's take a deeper look into this. We know of twelve episodes due to three japanese BluRay Boxes being recently announced. Box 1-3 will be released on July 25, August 24 and September 26, respectively. Furthermore, we know from the episode titles that the story will not conclude in episode 12. Which is basically the one thing they were setting out to do with this Anime. The three light novels currently missing are Approaching Nick of Time and Always Stand By Me 1 and 2 and would easily fill another 12 episodes. Furthermore, we heard from Twitter user @AlphaJarmel that at the Full Metal Panic! panel at AX 2017 it was mentioned that the series is planned for two cours, meaning 24-26 episodes. This essentially leaves us with three possibilities. Maybe four.

1. Episode 13 will air the week after episode 12 and the series will go up to 24-25 episodes total. Why wouldn't it? They have only announced the release dates for the first three Blu ray Boxes so far. They can easily announce more boxes later.
2. The series will take a 3-6 month break between episode 12 and 13. This isn't unheard of from Xebec, the studio behind the new Full Metal Panic! Anime. In 2015 Fafner in the Azure took a six month break between episode 13 and 14 before finishing at 26. I don't think it will be six months though. Since Box 3 releases on September 26 it would fit nicely to release episode 13 in October, just one week later. To build up hype. At least that's how i would do it.
3. Episode 12 will be the last episode of this season and they'll wait and see how the japanese BluRays boxes are selling. If sales are bad we'll have to wait another ~12 years or so for the series to reach it's conclusion. The 'Victory' will become literally invisible because there was none. But hey, at least they didn't rush it.

So do you really believe they will rush out four light novels in just five episodes? So far there have been generally good reactions to the first episode. Twitter users like @morsu95 went to the pre-screening of episode 1 on April 1st and were overwhelmingly fond of it. 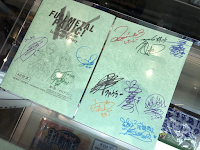 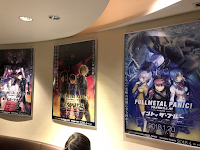 
The purpose of this rather long post was to calm your mind a little. I might be wrong here but i doubt i am. Feel free to leave your questions in the comments and i will answer them to the best of my knowledge. I will let you know immediately once the english voice actors have been confirmed. See you next time!